An old Japanese map indicating the waters between Korea and Japan as the Sea of Chosun, after the last Korean dynasty, has been discovered.

Professor Kim Moon-gil, who obtained the map last July at a book store in Osaka, says the map can be used to prove that the sea has always been considered Korea’s.

The map was originally made in 1835 and was based on an old French document.

Tokyo has been calling the East Sea the “Sea of Japan” since invading Korea in the late 19th century.

But the map puts the Sea of Japan on the east side of the island country. 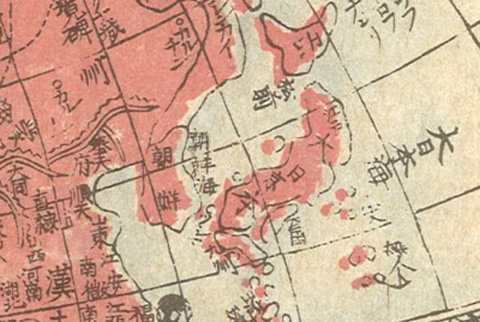 In this ancient Japanese map made in 1835, the East Sea is referred to as the Sea of Chosun. /Yonhap