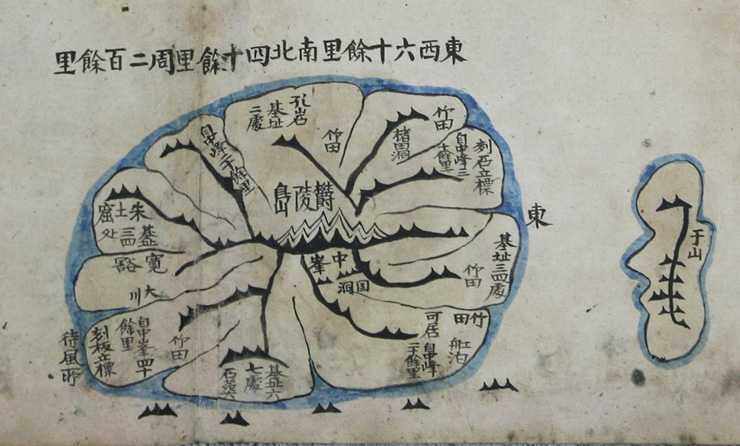 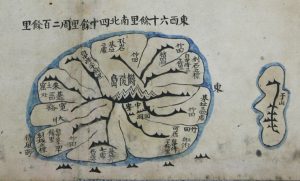 An antique map from the 19th century depicting the Dokdo Islands as part of Korean territory has been discovered in Japan.

Nam Kwon-hee, a professor of library information science at Kyungpook National University, said he confirmed a Japanese collector has a hand-drawn map of “Daedongyeojido,” a Korean map made by cartographer and geologist Kim Jeong-ho in 1861 that marks Dokdo to the right of Ulleung Island in the East Sea, according to Yonhap News.

The research was co-conducted with Professor Kim Sung-soo of Cheongju University and professor emeritus Yukio Fujimoto of the University of Toyama in Japan.

The map was originally in the collection of the Pyongyang Provincial Library, but was smuggled out via an unknown route. The atlas has the library’s registration number and Aug. 30, 1932, marked as the date acquired.

Professor Nam estimates that the hand-drawn map including Dokdo was created between 1864 and 1889. The map supplements the woodblock book printed by Kim, which does not mark Dokdo.

“In Cheonggudo, an 1834 hand-drawn and colored map by Kim, he marked Dokdo on the right of Ulleung Island, but the islet is missing from the woodblock edition of Daedongyeojido. We assume he later supplemented missing parts on the map. The manuscript has over 2,000 points of geographical data that were not scripted on the woodblock, such as place names and buildings,” Nam said.

The Research Institute for Korean Studies possesses a copy of the “Daedongyeojido” map, which is Registered Cultural Heritage No. 638. It is also said there is another hand-drawn “Daedongyeojido” that includes Dokdo in the collection of the Japanese National Diet Library.

“This map we recently found is similar to the one owned by the Research Institute for Korean Studies,” Nam said. “We expect several copies of the map were created by the central government when it was impossible to print Daedongyeojido with woodblocks.”