Home Places to visit in Gangneung, another winter Olympic city

Places to visit in Gangneung, another winter Olympic city 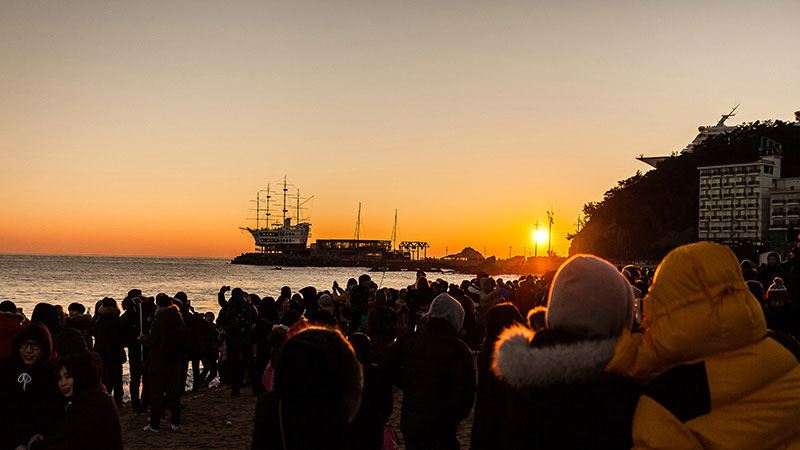 The 2018 PyeongChang Winter Olympics are up in three weeks and around 190,000 people are expected to visit Korea during the global sporting event.

Fifteen events are scheduled to take place in PyeongChang, Jeongseon County and Gangneung during the 17 days.

Gangneung, one of the most popular domestic tourist destinations of Gangwon Province, will host all the ice sports including ice hockey, figure skating and speed skating.

Along with the sports events, the local government hopes Gangneung will become a global tourist destination taking advantage of the Olympic Games.

Gangneung not only stands as a priority destination for tourists due to its proximity to PyeongChang, only a 30-minute car ride from the main stadium, but it also offers many special experiences that have been limited to locals.

The sunrise at Jeongdongjin attracts an average of 1.3 million visitors a year for its splendid view over the East Sea. The site is only two hours by train from Seoul and the viewpoint stands right in front of the train station, which is the closest to the sea in Korea.

Trains began to travel along the coastline of Jeongdongjin in 1997 and Gangneung has held its sunrise festival at the beginning of the New Year since 1998.

Many seafood restaurants are found near the beach for tourists to enjoy clams, mussels and sea urchins just caught that day.

The venue became a must-go to destination for lovers since the 1990s mega-hit TV drama “Sandglass” was set there.

Haslla Art World is only six minutes from the beach, where people can enjoy a coffee with a grand panoramic view of the East Sea after watching the sunrise.

The venue offers a restaurant, cafe, park, museum and hotel all-in-one with a sense of art installed in every part. After an hour of tea time at the Sea Cafe, visitors can walk through the Pine Tree Garden in mountainous surroundings. The forest path that brings visitors around the garden ultimately leads to the art museum where various paintings, sculptures and installation art are displayed.

The CEO of Haslla Art World Park Shin-jung says the venue is designed to provide a space where art and people can be united as one.

Visiting Unification Park next to Haslla Art World will make the travel routine perfect as it is only five minutes away by car.

Unification Park opened in 2001 has a North Korean submarine as its main attraction, in which armed espionage agents infiltrated into the South.

North Korea first invaded South Korea through Gangneung in 1950 and infiltrated again with a sub on September 1996. The region embraces the pain of division and, at the same time, aims to stimulate security awareness and wishes for peaceful unification.

Visitors can wear a hardhat to enter the North Korean sub as well as visit a U.S. warship built in 1945.

Ojukheon House is the most traditional tourist attraction in Gangneung, where foreigners can witness the epitome of Confucian ideas that governed the Joseon kingdom (1392-1910).

Ojukheon House is home of Yulgok, or Yi I, one of the two most prominent Confucian scholars of Joseon. There, visitors can learn how his mother Shin Saimdang wisely taught her son to become a great scholar. Shin, who appears on the 50,000-won banknote, is popularly referred to as “wise mother,” but she was also an esteemed leader and artist.

People can experience the traditional architecture of the noble class, while peeking into the life people lived back in Joseon.

Bohemian Roasters is the place for coffee lovers. It is founded by Korea’s very first barista Park Yi-choo, who makes nine types of original house blends at his cafe in Gangneung.

Among the first generation of Korean baristas, 69-year-old Park is the only one still brewing coffee.

The three-story building has its own bean-roasting factory and visitors are free to watch the process of making coffee. Park can also be found at Bohemian Roasters every day until the evening.