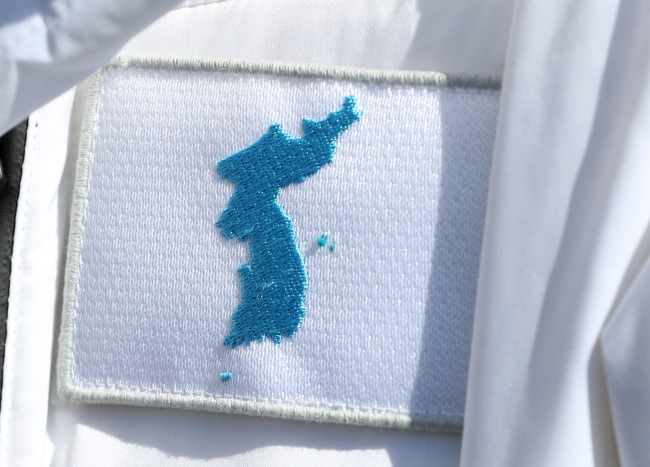 South Korea’s foreign ministry reaffirmed Tuesday that it will not use a unification flag showing its eastern islets of Dokdo during the upcoming Winter Olympics, out of respect for the International Olympic Committee’s recommendation to not politicize sports events.

This comes after Japan expressed concerns over the hoisting of the Dokdo-showing flag during a tune-up game of the joint inter-Korean women’s ice hockey team, which was held in Incheon, west of Seoul, on Sunday.

“Japan voiced its concerns to us through diplomatic channels and we explained our stance on this matter,” ministry spokesman Noh Kyu-duk told reporters during a regular press briefing.

“Our basic stance is to respect the IOC’s decision … and to do so, in particular, for IOC-run events,” he said. “We explained that the event with which Japan took issue was separately organized by the Korea Ice Hockey Association.”

Dokdo, called Takeshima in Japan, consists of a set of rocky islets lying close to the Korean Peninsula in the East Sea. It has long been a recurring source of tension between the neighbors.

South Korea has kept a small police detachment on Dokdo since the liberation of the Korean Peninsula from Japan in 1945 and has made clear that Tokyo’s claims are groundless.

Earlier in the day, Chief Cabinet Secretary Yoshihide Suga told a press conference that the use of the flag showing the islets is “extremely regrettable,” urging the Seoul government to take “appropriate measures” on the issue.