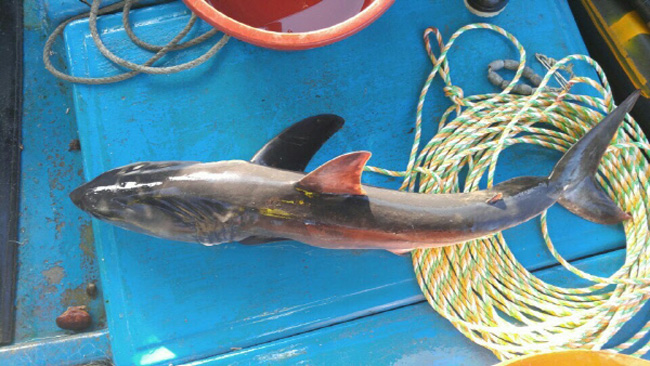 Summer vacationers on Korea’s east coast have been warned about sharks after fishermen caught several of the creatures this year.

The coast guard in Pohang said a 20-kilogram shark was found dead 200 meters off Yeongdeok-gun, North Gyeongsang Province, on July 27. It was caught in the net of a fishing vessel.

It was presumed to be a great white shark and was 1.2 meters long and 40 centimeters around. It was sent to the National Institute of Fisheries Science to verify its species.

The sea around Yeongdeok is notorious for sharks. In April, a great white measuring 2.5 meters was found dead. A salmon shark was found in August 2016 and mako sharks were discovered dead in June 2012.

The coast guard has issued a shark warning to local government authorities in the city and along the coast and to fishermen and vacationers.